Tax Reform 2018: The Good, The Bad, and the Everything Else It Means for Physicians and the Self Employed

The times, they are a-changing’. And so are your taxes. Most of it’s good, but like many good things, there’s a little bad, too. Then there’s everything else you need to know.

Everything else is what some people refer to as blah, blah, blah. The truth is though, that the blah, blah, blah of tax reform for 2018 is highly important to all of us.

Here’s a crazy fact. There were 600 rule changes made under the Tax Cuts and Jobs Act of 2017. Do you need to know them all? No.

You do need to know that there are big changes that can affect you in a good way, expanded tax brackets and child tax credits. And some that possibly affect you in a bad way, such as property tax deductions and write-offs of those large donations to your alma mater.

The tax changes of 2018 have a lot of positive effects for physicians, however. The graph below shows that most of us do stand to save some money this year on our tax returns.

We’re not finished yet. Now, let’s talk about everything else of tax reform that leads to tax savings.

What Are the Major Tax Reform Factors That Will Affect Our Category?

The phaseout level increased so you can get the child tax credits. The level it used to phase out at was too low for most physicians to qualify for, and for other self-employed folks. It was between $110k and $130k; now it goes up to $400k.

Physicians rejoice, NO MORE AMT. Well, sort of anyway. The phaseout level for this requirement increased too, but by a lot more than the child tax credit. For MFJ, the AMT phaseout now starts at $1M.

That means that for most of us, the 2018 tax reform will keep us out of the irritating AMT double calculation arena. You can do your taxes under the regular calculating rules just like everyone else.

What’s the Pass-Through Deduction All About?

This deduction makes it where these people can pay income tax on a lower amount of net income. It essentially lowers the effective rate of income tax.

How much this will save you in taxes depends on how much income your business is bringing in. That’s determined by your qualifying tax bracket.

In case you’re not sure what a pass-through business is, it’s one where the income from the business passes through to the individual’s income for tax purposes. The business doesn’t pay tax on the income, the owner does.

These kinds of businesses are sole proprietorships, partnerships, LLCs, LLPs, or S corporations. It’s important to note that the deduction can only be made from QBI or qualified business income. This is income that has had the regular business deductions taken out already.

Here’s a little more information for you on the pass-through deduction that is part of the tax reform rules for 2018:

So, you were able to deduct the amount of property taxes you paid to state and local governments before. If you had multiple properties, such as your primary home and a getaway home, you could get a pretty good deduction amount.

Now, there’s a new limit in town. That limit is $10k and is set to be part of the tax reform that goes through to 2025. It doesn’t necessarily mean something bad for everyone, but it could cost you a little depending on what types of properties you have.

Hold on though, let’s look at one more like this.

Physicians spend a great deal of time in school. So, many of you try to pay it forward and drop large charitable donations on your alma mater. Those used to be able to be mostly written off, but no longer.

Large charitable donations could be written off up to 80% before the tax reform. That part of the old tax code is gone. There are ways to contribute to the old school that you can still deduct, but it won’t be the same as it used to.

Still, we’re not quite done.

No, it’s not that you can’t itemize deductions anymore. It’s just that, in some cases where it used to make sense, it won’t now. Well, and there are certain deductions that you once could claim that you can’t under the tax reform laws.

Under the category of things you can no longer deduct, you’ll find business expenses. If you traveled for work last year and you paid for the trip thinking you’d be able to deduct the expenses at tax time, sorry my friend, you can’t. That has been changed.

The same is true of the classes you take for furthering your education pertaining to your career field. Where once you could claim some of the cost as a deduction, not anymore.

Did you move once you landed a job at a hospital across the country? Were you going to claim your moving expenses as a deduction on your taxes? Under the tax reform, you cannot do that.

To Wrap It All Up

Basically, physicians and others who are self-employed need to familiarize themselves with the changes that are part of the tax reform. This has been one of the bigger ones that we’ve had in quite some time. It’s not all good, but it’s not all bad either.

How about you, have you already done your taxes this season? If you have, and you’ve run into something that should be added to this discussion about the changes that came with this tax reform, please leave a comment. We always like hearing from our readers. 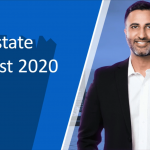 Eye-opening Facts: What will Residential Real Estate look like in 2020? 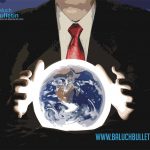 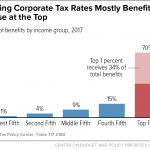 Episode 08: Should you Retire Early? 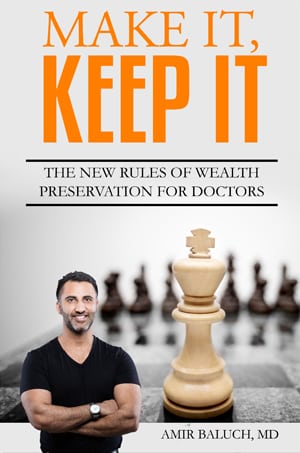